Built by Duke Philip of Glücksborg in about 1660, the original structure consisted of half-timbered buildings built around the cobbled courtyard and was one of the island´s five manor houses. It then became a foodstuff dealer and thriving commercial centre, but was overtaken by the trend towards centralization and fell into disrepair.

My two guiding principles are to use environmentally friendly products and as little energy as possible. All walls and ceilings are insulated with paper wool, and all windows have double glazing. Laundry is done at home. The organic bed linen is dried outside or up in the attic so no energy is used for drying or ironing. The washing powder is free of parabens and perfume, as are all the toiletries in the bathrooms. All light bulbs are LED. I get around either by bicycle or bus. 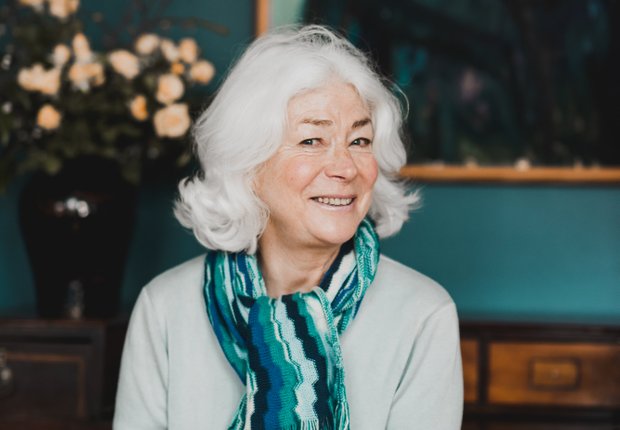 I read Sociology at the London School of Economics in the 1960s when the student revolt started in London in 1967, then I worked on foreign news at the BBC. I met my husband Alan in Copenhagen in 1968 and we got married three months later when we moved to Ærø where he started a flourishing architectural practice before suddenly dying of a heart attack one weekend. In the meantime, I had gained degrees in English and Comparative Religion at the University of Denmark and a PhD in history, so was able to move fairly seamlessly into teaching, now retired. I have five children and 11 grandchildren and it is a great privilege to have them all staying at once.